Main Difference between Contactor and Starter

Contactor and it features

Contactors are one of the most common and widely used devices in the field of power distribution. A contactor is an electrically-controlled switch. It is a device that switches more than 15 amperes. It is a special type of relay. People use it for switching an electrical power circuit. This circuit has a much lower power level. The conductor is designed to be directly connected to high-current load devices. A contactor is used to control many devices like electric motors, lighting, heating, capacitor banks, thermal evaporators, etc. Here are a few features of a contactor:

Starter and it features

A starter is a kind of device or motor which is electrical. It controls the use of electrical power to equipment. As the name implies, a starter ‘starts’ motors. But it also stops, reverses, accelerates, and protects motors. This device is used to rotate or crank an internal-combustion engine to initiate the engine’s operation under its own power. But a starter itself can be another internal-combustion engine in the case of very large engines.

An internal-combustion engine is a feedback system that relies on the inertia from each cycle to initiate the next one. In a four-stroke engine, the first two strokes are not powered by the engine itself, but by the starter. Once the engine starts running, the starter is not required anymore as the feedback loop becomes self-sustaining. A few features of a starter are:

Difference between a contactor and a starter

“Is it a motor starter or contactor?”

This is a very often asked question. And the confusion is also an understandable one. Since contactors and starters both control electric motors, people usually use the two terms interchangeably. Coil, contacts, arc chutes, usage of lower control voltage, all of these mechanical elements are identical in both contactor and starter. So what are the features that make them different? Here are those: 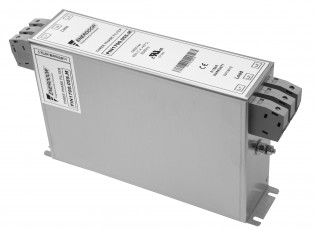